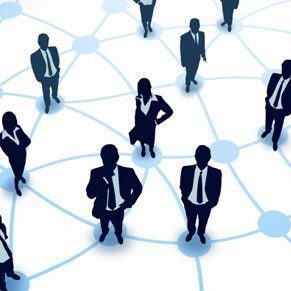 Since the Financial Crisis of 2008, financial regulations have grown (some say out of control).  The purpose, of course, is to prevent another global catastrophe.  Yet now approaching ten years later, some of those rules and regulations are being scaled back.  Which leads to the question: where do we go from here.

The debate centers on differing philosophies regarding free markets, government intervention and the effectiveness of increased rules.  It is safe to say advocates of both the free market approach and the increased oversight camp desire to prevent another economic meltdown.  However their approaches differ greatly.

The free market advocates say that many of the regulations born out of the collapse are no longer needed (they even contend some may never have been needed in the first place).  This group believes banks and the markets must be allowed to operate with limited governmental restriction.  The main argument being: the government and those in DC do not have the necessary expertise to fully recognize the real issues from the perceived ones.  That it is only those within the industry that fully appreciate the landscape.  Certainly there are consequences to increased rules and regulation that, arguably, are unintended and damaging.

On the other hand, are the supporters of increased oversight.  This camp accepts that there will be unintended consequences, but that the greater good of protecting the public and preventing another crisis warrant the increased burdens on the industry.  They argue that many short term gains (which can cause long term harm) are simply too tempting for the industry to deny without someone looking over their shoulder.  That only through increased rules and tougher enforcement is the public truly safe.

As with so many issues, the best approach is probably somewhere in the middle.  Increasing regulations just to say your doing something is clearly not effective governing.  On the other hand, the public has been “burned” many times when Wall Street is left to its own devices.  The problem is advocates on both sides tend to come at this issue from positions of absolutes.  As is known all too well, compromise in Washington is rare (and can be perceived as weakness).

The markets, with some oversight, will chart a course that likely all can accept.  The question of course, is what is “some oversight.”